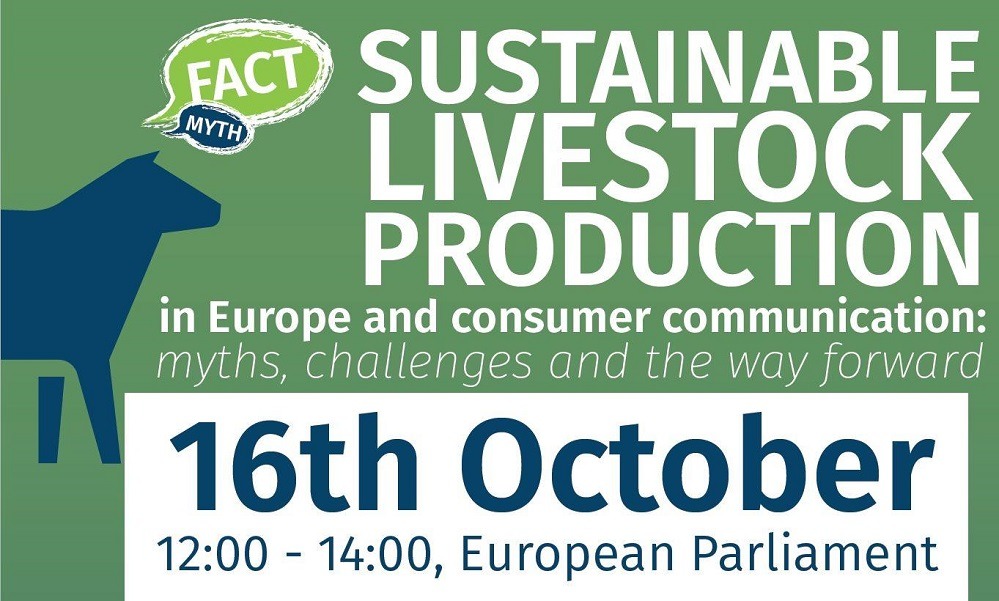 Carni Sostenibili at the EU Parliament in Brussels

Tomorrow, during an important event organized by EU40 on the Sustainable Livestock Production at the European Parliament in Brussels, Carni Sostenibili will be presented as the only example in Europe of a pre-competitive platform aiming to give to the consumers correct informations about meat production and consumption. Very proud and excited to participate.

We live in the age of misinterpretations when false and very often sensational, information is disseminated under the guise of news reporting, very often through social media channels. This phenomenon not only relates to political developments but concerns virtually all spheres of human activity where lack of fact based information can create mistrust and ultimately influence behaviours of voters, social groups or consumers.

In the past years during a series of events held at the European Parliament  by EU 40 in partnership with Elanco our industry partner we looked at challenges for sustainable livestock production in Europe. In the Roadmap for Sustainable EU Livestock a fact based communication was indeed singled as one of the key challenges for today’s livestock industry. The Roadmap recommended finding a common voice through which the livestock sector can communicate to consumers in a way that counterbalances many of the false myths associated with it. Tackling this challenge seems to become urgent in the current consumer world.

During the event will be discussed and proposed solutions to today’s major communication challenges to a sector that contributes substantially to the European economy (€168 billion annually, 45% of the total agricultural activity), to the EU’s  trade balance and creates employment for almost 30 million people.

Any cookies that may not be particularly necessary for the website to function and is used specifically to collect user personal data via analytics, ads, other embedded contents are termed as non-necessary cookies. It is mandatory to procure user consent prior to running these cookies on your website.